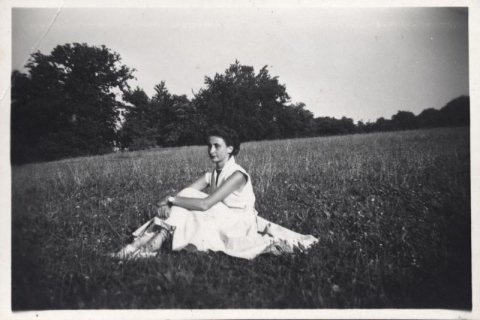 Judith Gyenes was born on 4 February 1932 in Budapest in a family of intellectuals and landowners.

She studied at Sacré Coeur and she graduated from an agricultural secondary school. She couldn't continue her studies, similarly to her sisters, because of her family background. She was agrarian technician in Nógrád county. In 1952 she was badly injured in a car accident and she moved back to the capital. In 1954 she married the military officer Pál Maléter (1917–1958), her distant relative. Maléter was Defence Minister in Imre Nagy's government during the 1956 revolution. He was the leader of the military delegation which negotiated with the Soviet military leader on 3 November 1956 at the Soviet air basis in Tököl. He was arrested and he was condemned to death in the Imre Nagy trial. He was executed on 16 June 1958 and inearthed in an unmarked tomb. He was rebabilitated in 1989. He was reburied together with other victims of the reprisals after the revolution in the course of a solemnly reburial.

Judith, as Pál Maléter's wife, could begin her higher studies at the Agricultural University in 1955. In 1957 she was dismissed and she was sacked from her working place, too. She could earn her livings as assistant gardener and cemetary assistant using her maiden name. In 1957 she had to leave her flat, too. She had different temporary jobs until 1958 when she finally was employed by the Center of State Farms of Pest-Nógrád County. She worked as a saleswomen, then as inventory inquisitor at ORFI between 1983 and 1985. In the meantime she got a middle level librarian degree. She was librarian at the Library of Medical History since 1985, then between 1992 and 2010 in the 1956 Institute. She kept solidly the memory of her husband and that of the revolution green. She was one of the founders of the Committee for Historical Justice which claimed the rehabilitation and the reburial of the martyrs of 1956. In 1990 she was awarded the 1956 Memorial Diploma, in 1999 the Pál Maléter Medallion, and she was decorated by the Order of Merit of the Hungarin Republic in 2006.

She was a high class person and an excellent colleague. Judith, rest in peace!

You can read the life-interview made with Judith Gyenes here.