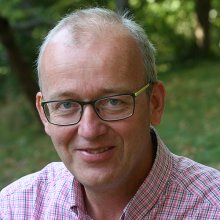 Doctor of Science (2015). Was born in 1969 in Budapest. He got his university degree in history and in German language and literature at Loránd Eötvös University. He wrote his PhD thesis about the siege of Budapest in WWII which has been translated in different languages and has been published in 8 Hungarian, 4 German, 2 English, 2 American (USA) and in a Russian edition, and its publications in Romania and in Chine are under way. He made researches several times in Freiburg, Koblenz and Berlin thanks to scholarships of the DAAD, of the Hertie Stiftung, the Marion Gräfin Dönhoff Stiftung as well as of the Wissenschaftskolleg zu Berlin. His main fields of research are the political and military history of the 20th century, the antisemitism, the minority issue and the history of the secret services. He was scholarly fellow of the 1956 Institute between 2000 and 2019. He participated in the discussions of the historical committees of Volksbund Deutscher Kriegsgräberfürsorge and of the Jahrbuch für Historische Kommunismusforschung.